Tommaso Campailla Museum in Modica: a journey through history and medicine

The museum, which preserves the stoves and the theater of the medical philosopher, is localized  in a XVI century historical  building , built to house the first hospital in the town,  “Santa Maria della Pieta , then  later became SifilicomioCampailla and finally Campailla Hospital. The best hospital  for the treatment of syphilis until  ‘40 , where people came from all over to take advantage of valuable therapies.

It is therefore inestimable value kept in  Tommaso Campailla  Museum , returned to the town  thanks to the efforts by the Cultural  IngegniCulturaModica Association .

High  quality even testified by encomium  at GAM in Palermo from  the scientific committee of the association “The world” that, in accordance with Article  2 of the UNESCO Convention for the Safeguarding of Intangible Cultural Heritage, has entered the “Medical Modicana  School and  Tommaso Campailla barrels” in the “book of knowledge” of Reil ( the Register of Intangible Heritage of Local Interest).

The museum is localized  in a historical building of the XVI century   built to house the first hospital in the town , the “Santa Maria della Pieta ‘, which later became Sifilicomio Campailla and finally Campailla Hospital. The best hospital  for the treatment of syphilis until ‘40, people came from all over to take advantage of valuable therapies. Following the discovery of penicillin and its use for the treatment of the disease, it suffered as a result a gradual decline until final closure in ‘70 of the last century.

The itinerary inside the structure stretches along four exhibition rooms: the room of the “Barrels”, the  Doctor’ room , the Anatomical Theatre and the Museum of Medicine.

The room of the “Barrels” is the oldest and the most precious of all the site , where the anxiety gave way to hope. Here they were subjected to the benefits of the treatment of syphilis. Upon entering, the room is immediately gloomy and leaden. On the left, covered by a wooden frame equipped with three doors dating back to a later period,  three mercurial stoves emerge, commonly called “barrels”. Very small, (just 0.80 m.  x 1.34 m. height), the patient had to enter it  sitting on a stool. After that the small door was closed . They are constructed by  a variety of unknown timber  about 2 cm, the barrels are covered  outside by a dough, which is also unknown, about 20 cm.

Two small holes at the top and at the base, allowed  to monitor the process and the patient during their staying  inside the “stove”, and to enter the amount of cinnabar and incense into the burning brazier contained in the barrel, so that the fumigation exhaled   the curative substance.

Through a corridor you can arrive to  Medical room  furnished in period style; it is a true heirloom that, thanks to the precious furniture and  tools kept inside, offers a glimpse of what was  the environment and the medical practices of the time. Moreover, it deserves a special mention, the precious library guarding a number of ‘700 and  800’ medical  volumes.

Downstairs, crossing the courtyard where  the Campailla sculpture is , it is the Anatomical Theatre, one of the few examples in Italy. Located in a room with vaulted ceilings, it is  at the beginning  of two steps leading to a mezzanine where presumably  students or doctors  dissected  the corpse .

Finally you can enjoy  a valuable collection of medical and surgical 19 and 20  centuries instruments, among which a mention  for  Morelli ‘pneumothorax, an electrocardiograph, a device for Marconitherapy, an ancient  “Gilardoni”instrument  for radioscopie, and other important devices and various medical tools.

During the way you can see some photos about  the disease, vintage shots that reflect the damage inflicted by syphilis on the bodies of the unfortunate “lovers profane”.

The association IngegniCulturaModica  take care of several aspects: museographic, museological and popular, in order to improve, expand and spread the museum offer.

About  museological, many improvements are made to the settings and lighting, and others are planned. About  museological   it is making a  long and complex process of cataloging tools and implement   the nucleus through donations, bequests and acquisitions. Finally, the dissemination and promotion is carried out through a series of    educational, cultural, tourism and publishing activities that are inserted into a wider project to promote and enhance the entire territory of   Val di Noto promoted  by the Cultural IngegniCulturaModica association.

The best cultural exhibitions, curated by SimonaIncatasciato as artistic director:

In 2011, ” summer museum ” ,in 2012 “Art and Culture of Museum & Territory” and in 2013 “On the trail of old  Modica” with  the goal to bring life to the structure not only as a container of excellence of the last time, but in a contemporary way, through  ” art happy hour “, tasting of typical food and wine completed with art exhibitions, dance performances and theater, cultural talk show. Great success had  dramatized and animated guided tours.

Management by the Cultural “IngegniCulturaModica”Association. 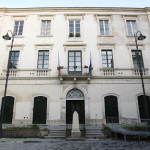 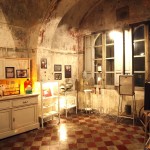 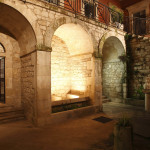